Elisabeth and Marie-Laurence create a range of ‘terroir’ wines, reflecting the diversity of the soils in Saint-Marcel d'Ardèche, the 13 Mediterranean varietals of the Domain and their own inspiration

“Loï,” the red Côtes du Rhône, brings its creator, Louis Saladin, to the fore. “Loï” is the Provençal nickname for Louis. It also pays tribute to Saint Louis, “Looïs,” an adversary of Sultan Saladin during the 13th century crusades.

VARIETALS : Predominantly Grenache (red and white) rounded off by some Syrah and Carignan.

TERROIR  : With Southern exposure, from a plot with argillaceous limestone soil, bordered by pine trees and brooms. The 40 year old vines yield 35 hectolitres per hectare. Winemakers, Elisabeth and Marie-Laurence Saladin, are the family’s 21st generation to tend the land and vines.

HARVEST : Grapes are hand-picked and the Grenache and Carignan are blended in small vats.

VINIFICATION : A short semi–carbonic maceration takes place with no chemical additives except for a very limited amount of sulphite.

AGING : Wine is aged for nine months in concrete tanks.

CULTURE : No chemicals of any kind have ever been used at the property. Wine is ‘Agriculture Biologique (Certified Organic) by ‘Ecocert.’ 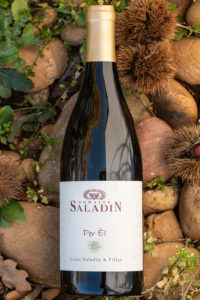 Côtes du Rhône Villages Blanc. « For Her » in Provençal, for Annick. 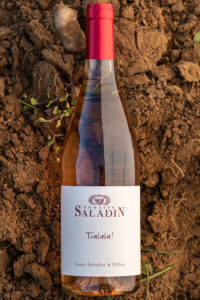 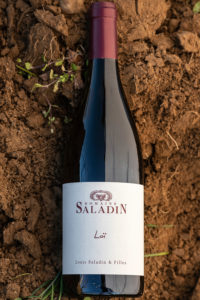 Côtes-du-Rhône Red. 'Louis' in Provençal, the soul of the wine.
Grenache – Syrah – Carignan 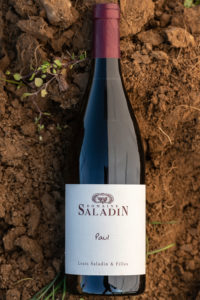 Côtes du Rhône Red. A tip of the hat to our uncle and his wonderful vines!
Grenache noir – Clairette 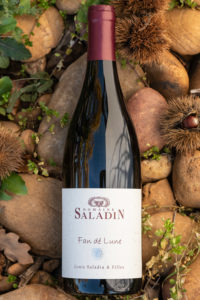 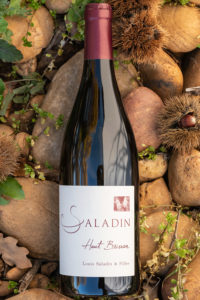 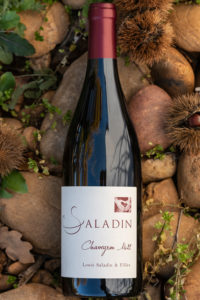