To enter this website, you must be of legal age required by the laws of your country.
Yes I am No I am not

Archives testify that in 1422, the Saladin family bought a newly planted vineyard in the ‘lieu-dit’ of Chaveyron, a locality of the village of Saint Marcel d’Ardèche. Since then, 21 generations of the family have kept the winegrowing tradition alive.

A stopover on the way to the crusades, the village of Saint Marcel d’Ardèche hosted the headquarters in the 13th Century of a benevolent religious order, St Jean d’Artignan. The name ‘Saladin’ originates from both this era and one other: ‘Sultan Saladin,’ the main adversary of the Francs and the driving force behind the Muslim initiative to reconquer Jerusalem in 1187.

Amongst the first twenty generations of winegrowers at Domaine Saladin, Joseph, followed by Adrien, and then Paul Saladin, were also wine and olive oil merchants from 1824 to 1914.

The Saladin family’s historic cellar is located at the heart of the village, in the old 18th century château of the Villeperdrix family. 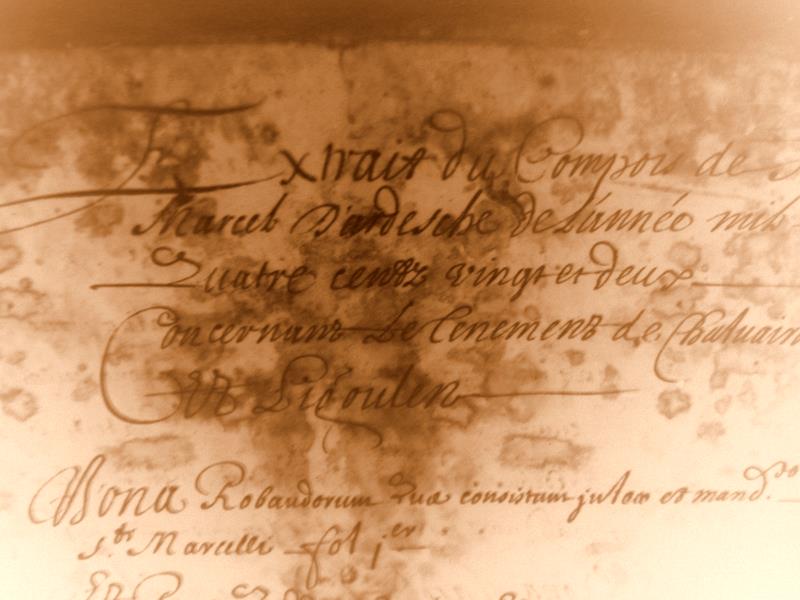 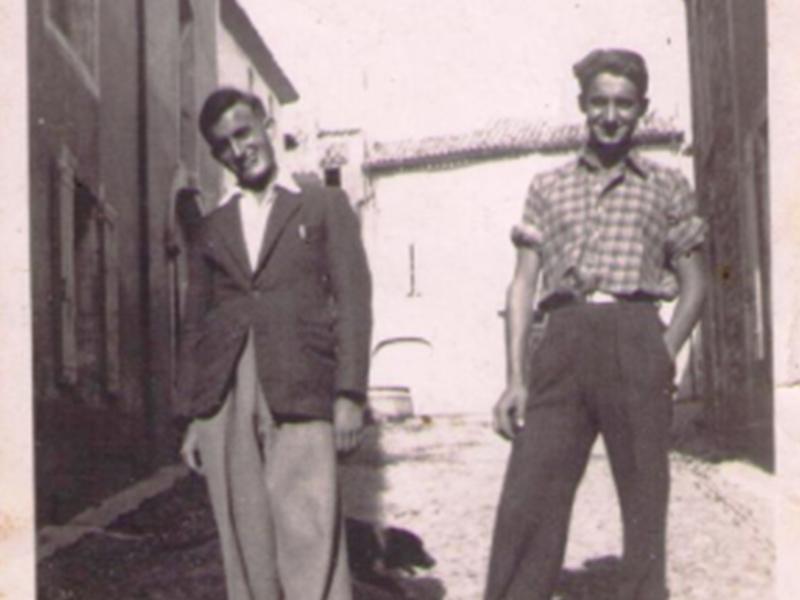 At the age of 13, Louis Saladin (Loï) and his brother, Paul, worked the 6 hectares of family vineyards with a horse alongside their father, Henri, and their grandfather, Paul.

Loï, the second of the six children, gradually, and until the 1980s, chose and acquired 12 hectares of ‘terroirs’ left abandoned because of the harsh work involved.

In 1978, Louis Saladin married Annick. Together, they created “Le Mazet,” a rustic restaurant in the heart of the vineyards and under the shade of Domaine Saladin’s oak trees.

In September 2003, Elisabeth and Marie-Laurence, daughters of Louis and Annick, created their first vintage. While they were still students, they took over from their father who was recovering from an illness.

Marie-Laurence graduated as an agricultural engineer and Elisabeth from business school. They both worked at various times with Marcel Guigal and Marcel Richaud in France as well as Randall Grahm in California and Philippe Debrus in Chile.

Stephane, the girls’ stepbrother, a Graduate of Science-Po, Lyon (Lyon’s Institute of Political Studies), ran “Le Mazet,” their mother Annick’s restaurant, until 2009. This little ‘mas,’ which in the past was used as a tool shed, was dedicated to typical local cuisine.

In 2006, their uncle Paul – Louis’ elder brother – transferred to the girls the 6 historic family hectares as a ‘fermage’ (open ended lease). Right up until the present day, the Saladin family has kept its traditions alive, working harmoniously together, passing along its ‘know-how’ from fathers to sons and father to daughters. 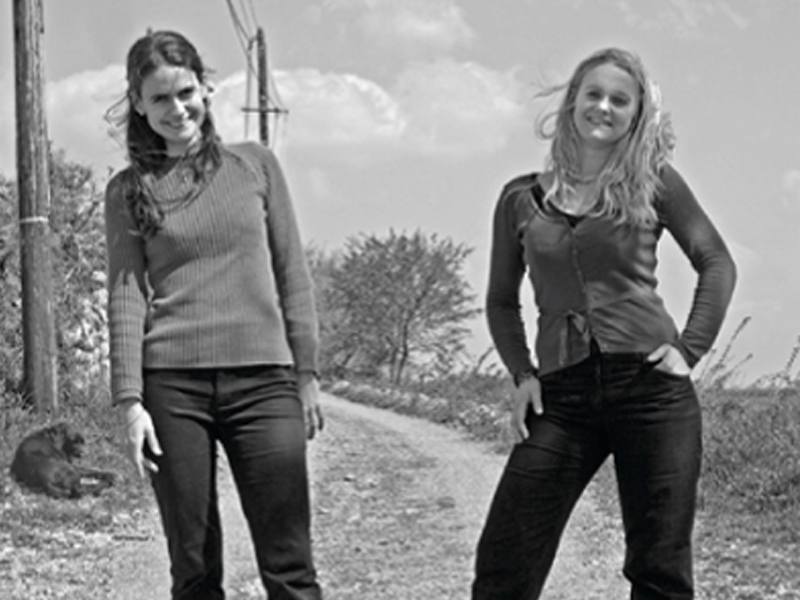 Marie-Laurence and Élisabeth in 2006

Situated on the hillsides of Saint Marcel d’Ardèche, the ‘terroirs’ at Domaine Saladin are a family heritage, carefully selected and worked traditionally and organically.
To reflect their passion for the ancestral Mediterranean grape varietals, Louis and Paul Saladin planted their 18 hectares of ‘vine land’ some 40 years ago with Grenaches (black, white and rosé), Cinsault, Carignan, Mourvèdre, Syrah, Viognier, Clairette Rose, Clairette Blanche, Bourboulenc, Marsanne et Roussane. 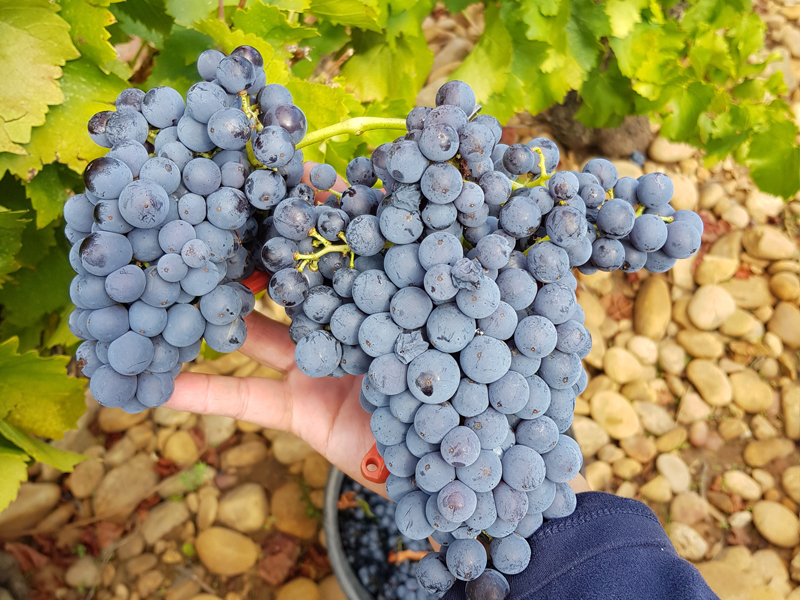 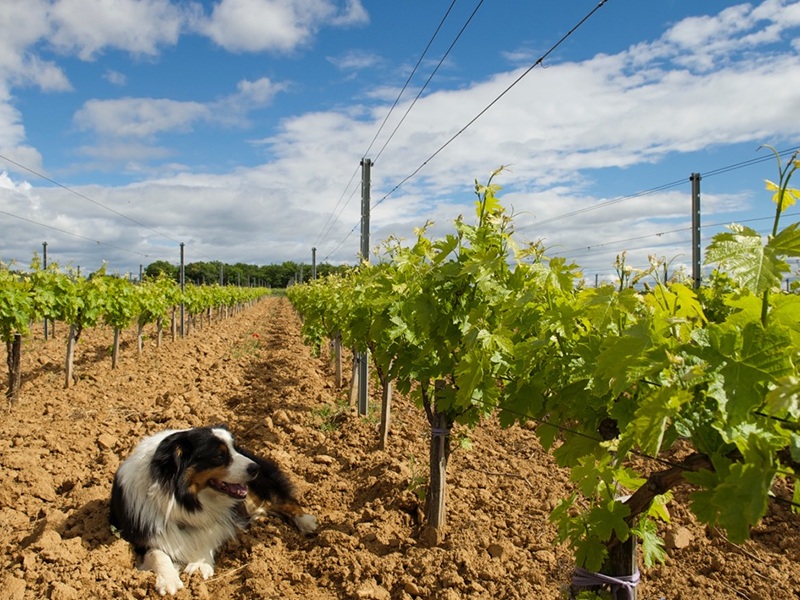 The Côtes du Rhône cuvees, ‘Tralala’, ‘Loï’ and ‘Paul’, get their character from the stony argillaceous limestone soil and layered pebbles on the hillsides above the village of Saint Marcel d’Ardèche. The plots are bordered by oak trees. The argillaceous soil cools the roots of the vines.

‘Per El’, ‘Fan dé Lune’, ‘Haut Brissan’ and ‘Chaveyron 1422′ are sourced from the Villafranchiennes terraces of Saint Marcel d’Ardèche. The ground is made up of ‘galets roulés’ (large, rounded pebbles) layered 5 to 6 meters deep. These stones conserve heat during the day and release it at night; they also minimize evaporation from the soil in the summer months.

These plots were the first in southern Ardèche to be included in the Côtes-du-Rhône Villages ‘appellation’ (the label defining the quality of the wine). They have the advantage of being protected from the ‘Mistral’ winds (strong, cold north-westerly winds) by ‘clapas’ (mounds of stones running in an east to west direction, which have been gradually constructed by farmers over several centuries). 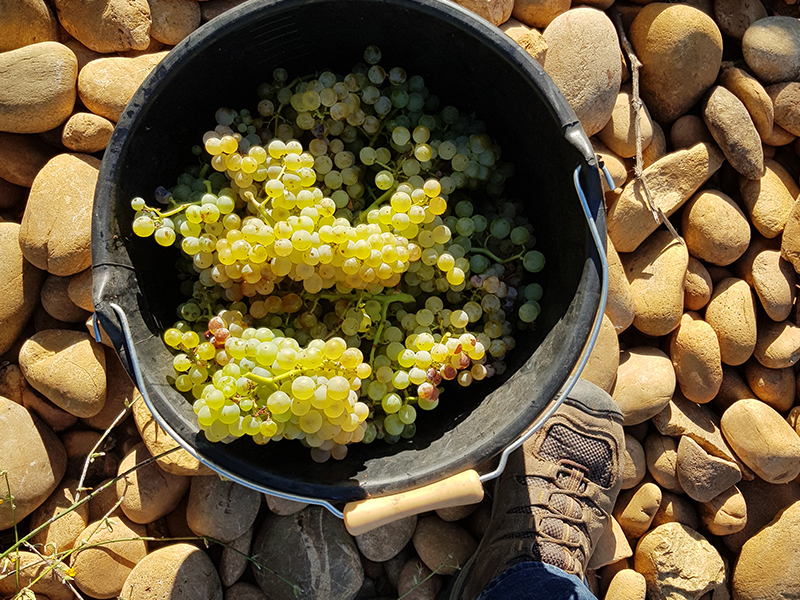 Since its origin, the harvest at Domaine Saladin has been done by hand with a team which, besides the family, includes friends, neighbours and students.

Once fully ripe, the grapes are harvested and go through a tight selection process in the vineyard. Elisabeth and Marie-Laurence alternate the time they spend in the vineyards and the cellar between each other. They choose their own methods of ‘vinification’ (winemaking) in small tanks, according to skin texture, stems, seeds and intuition. 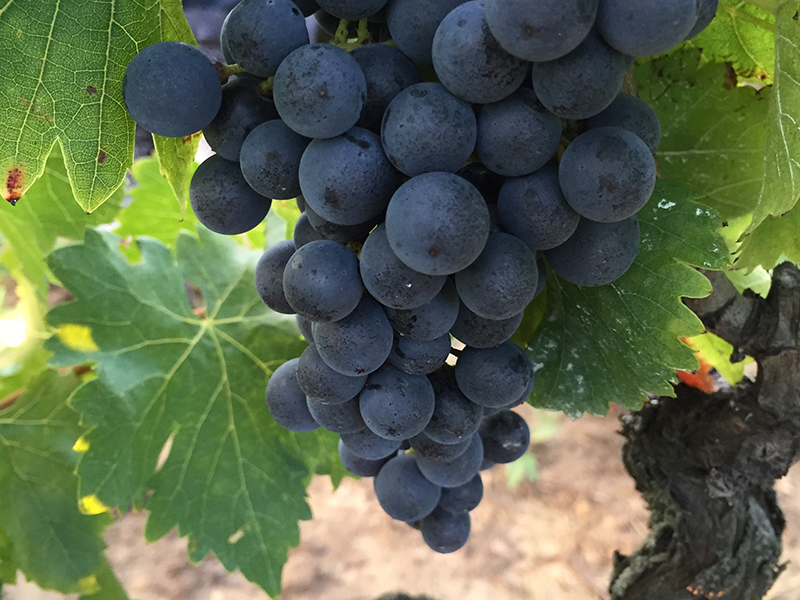 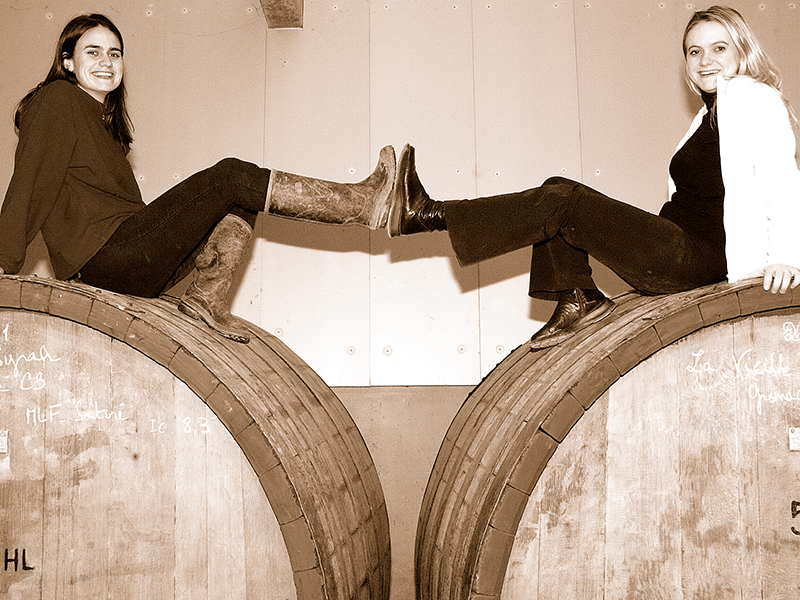 The wines at Domaine Saladin are natural, vinified without chemical additives (artificial yeast, tannins, and enzymes). Only a small amount of sulphur is added to the tanks and during the bottling. The indigenous yeasts give our wines their ‘signature’ and convey the natural identity of each ‘terroir.’

The underground cellar is based on a gravitational system. A pneumatic press optimizes the process, treating the grapes with care. The ‘elevage’ (aging of the wine) is done in oak ‘foudres’ (large barrels) and concrete tanks for the reds. The whites and rosés are vinified in underground vats and aged in stainless steel.

Everything which is decided upon in the cellar is guided by the aromas, the sensations and the emotions on sampling the wines.

Marie-Laurence, Elisabeth and Jean-Louis Grippat orchestrate the blends, the ultimate marriage of emotion and creativity!

Their greatest pleasure is sharing their passion. 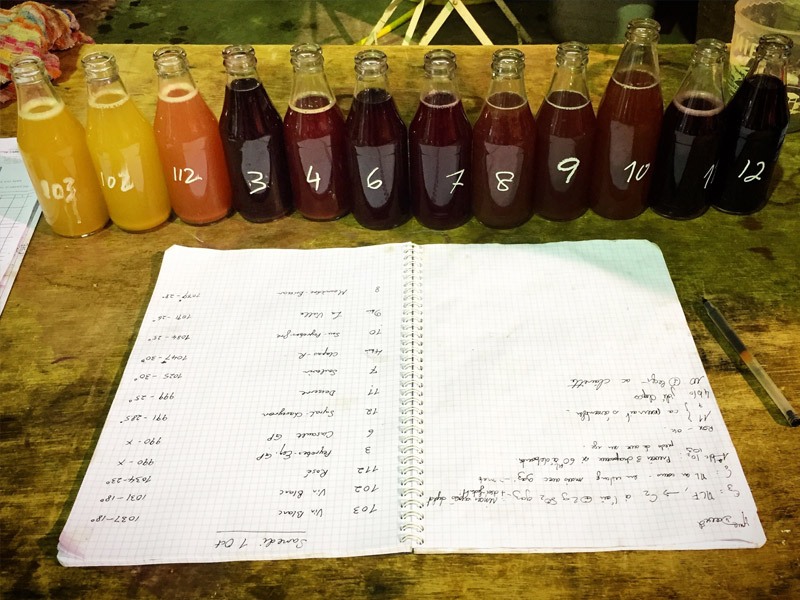